Victorian Commemorative Service held in the Parliament of Victoria

In early August 2018, the annual Spirit of Australia Foundation Monash Commemorative Service took place in the Legislative Assembly chamber of the Parliament of Victoria.

A keynote address was delivered by 2007 General Sir John Monash Scholar, Dr. Rosie Dawkins. Dr. Dawkins is a vitreoretinal surgeon with a strong interest in research and an appointment at the University of Melbourne in addition to her clinical work. Dr. Dawkins spoke about the scientific endeavours of Sir John Monash and the importance of science and scientific discovery for enabling improvements across society, especially in public health. Dr. Dawkins shared her experiences working in developing nations such as Timor-Leste, where she provided ophthalmology services as well as training local doctors and undertaking research for service development. 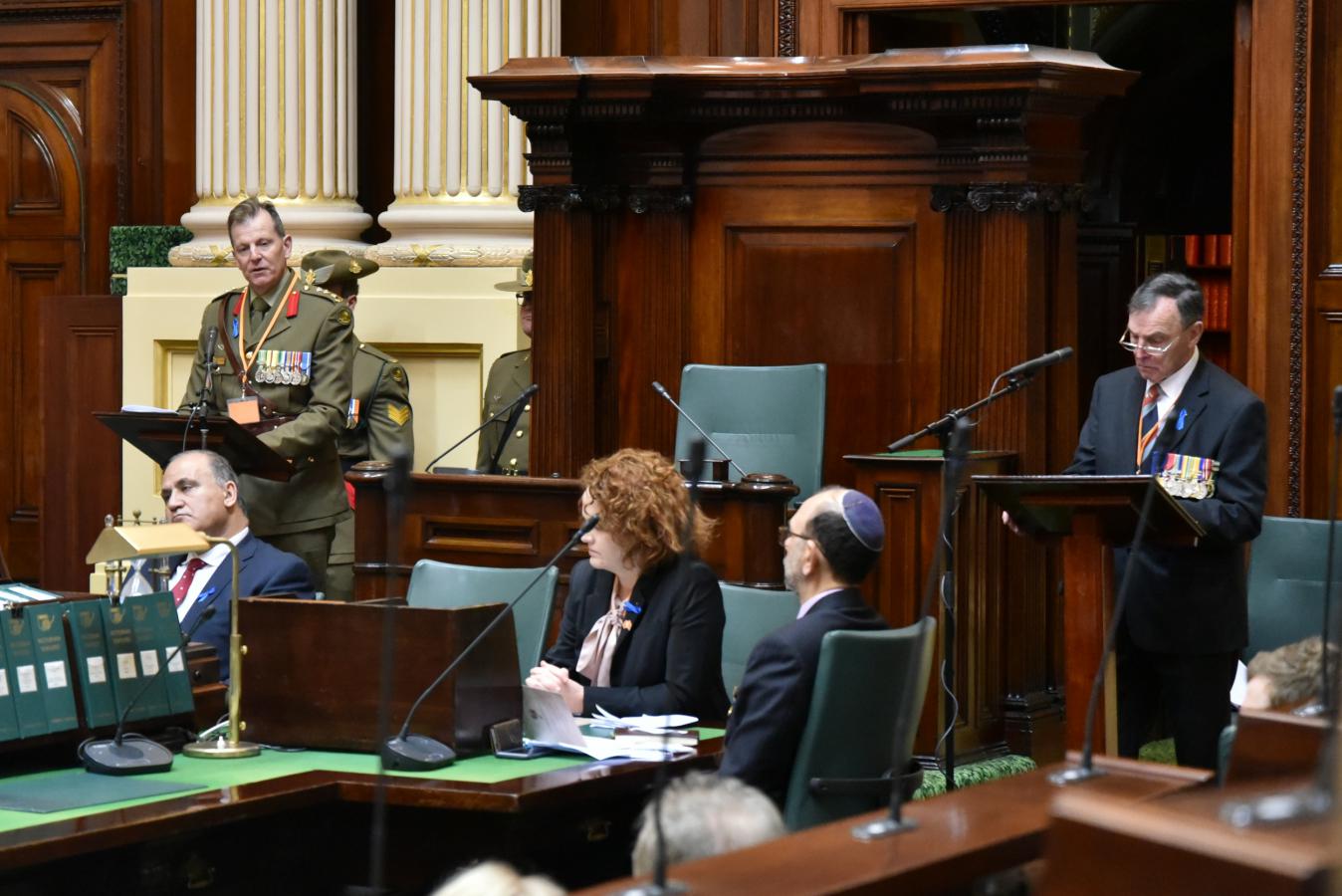