Sea of Poppies at the Australian War Memorial and Parliament House

A display of 62,000 handcrafted, red poppies was installed on the grounds of the Australian War Memorial as the centrepiece of Great War commemorations, symbolically representing Australian lives lost in the First World War.

Each handcrafted poppy has been created by a volunteer and represents an Australian life lost in the First World War. The names of those lost are individually listed on the Memorial’s Roll of Honour

Meanwhile, at Parliament House, 270 000 poppies were arrayed around the forecourt.

Speaker of the House of Representatives Tony Smith and Senate president Scott Ryan launched the 800-square-metre display ahead of Remembrance Day commemorations.

Made by volunteers to commemorate Australians who had served in foreign wars and peacekeeping missions, including 119 members of Parliament who served during the Great War,  the poppies complement those displayed on the lawns of the Australian War Memorial. 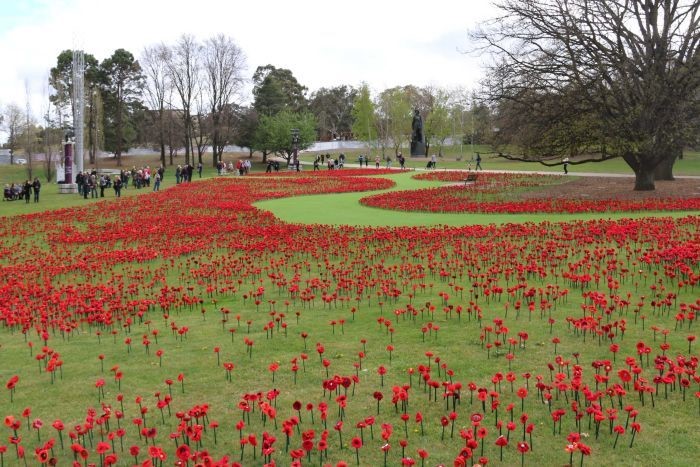