100 years on remembering the Battle of Hamel

On 4 July 1918 the Australian Corps, led by General Sir John Monash, were victorious at the Battle of Hamel.

By this time in the war Australian soldiers had become highly skilled in combat. They provided training to the less experienced American soldiers who joined them to fight at Le Hamel. Over time, Australian and American forces built a mutual respect and mateship that endures today.

Monash meticulously planned for the battle to last 90 minutes. It lasted 93 minutes, with all units involved in the assault taking their objectives, and the battle plans for Hamel became a model for future successes.

Hamel was far from the traditional battle of mud and trenches that had characterised much of the fighting on the Western Front. With infantry, armour, artillery and aircraft at his disposal, Monash commanded a recognisably modern weapons system that influenced the conduct of British operations during the last 100 Days offensive between August and October 1918.

The battle began in the early hours of the morning with more than 600 guns bombarding the German positions at the village of Hamel. Four companies of American troops (roughly 1,000 men) were attached to two Australian brigades to bolster the battle-depleted battalions, while giving the Americans first-hand battle experience.

The capture of Hamel and its surrounding areas was a significant tactical victory for the Australian Corps, providing an important foothold around the Somme.

Australians Thomas Axford and Henry Dalziel were awarded Victoria Crosses for their actions that morning, and one of the Americans, Thomas Pope, was awarded a Distinguished Conduct Medal by the British forces and the US Medal of Honour for silencing German machine-gun positions.

Although gains at Hamel were limited, with the Australian Corps attacking on a six kilometre front and advancing two kilometres, the battle is considered to be one of the most successful actions fought by the AIF and is regarded as something of a turning point in the Australian combat experience on the Western Front.

But it was not without great cost. The Australians suffered 1,400 casualties, including 400 dead, and the Americans almost 200 casualties.

For more information about the centenary of the Battle:

Remembering the Battle of Hamel 100 years on

What happened at Hamel? 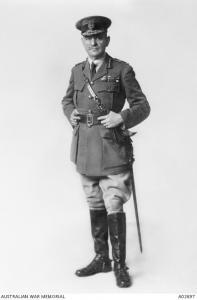