About the Spirit of Australia Foundation

2017 Monash Service speech by representative of Chief of Army, Brigadier Phillip Moses, at St Catherine’s School Waverley, NSW, based upon a brief by Roland J Perry, author of “Monash – The Outsider who won a War”.

Adopt as your fundamental creed that you will equip yourself for life, not solely for your own benefit but for the benefit of the whole community - Sir John Monash

The Spirit of Australia Foundation (SoAF) was established to remember and commemorate Australia’s heritage. 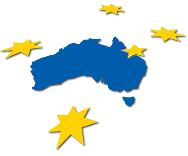 Our aims are to:

Sir John Monash, honoured on our $100 banknote, is the SoAF iconic figure. A peaceful man, Monash made his name as an engineer and lawyer.  He was appointed the first Australian Commander leading all Australian Forces on the Western Front in World War 1.

He planned and executed the major role in bringing the War to an earlier end than any expected through the significant victory at the Battle of Amiens on 8 August 1918 (0808) spearheaded by the Australian Corps assisted by the Canadians. He continued his outstanding service to Australian nation building and the community when he returned home.

Monash is remembered not only on our currency, but such is his importance, he has been honoured with a University, Suburb, Freeway, Electorate, the Monash Medal annually recognising a significant Australian and Australia’s most prestigious international scholarships, the Monash Scholarships, named after him.

The Spirit of Australia Foundation conducts services and forums each year in Melbourne, Sydney and Brisbane to celebrate his life and achievements to inspire senior school students to their high achievement in service to our country.

We aim to honour great Australians, such as Monash, who have made significant contributions to the Australian community and beyond, to make them known and recognised by all Australians, and to inspire all, particularly students, to develop their possibilities and potential fully.